June 1942, the Battle of Gazala is in full swing & going Rommel's way!  A small British force holds the village Boola Boola & is in danger of being cut off.  A larger German force is on the way to carry that out.  Hastily, the remnants of remaining British Armored elements are sent to relieve Boola Boola! 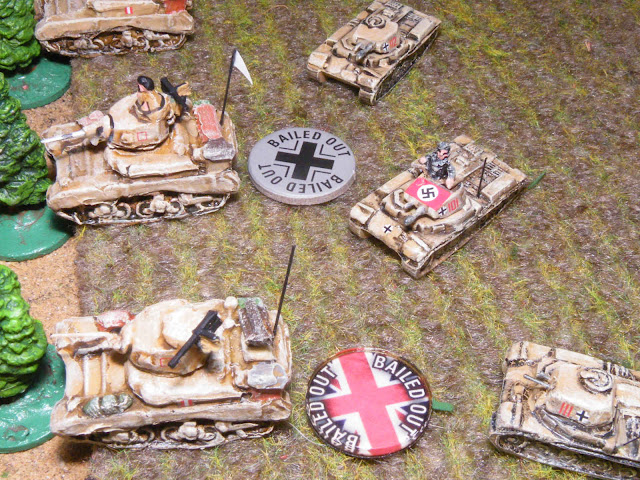 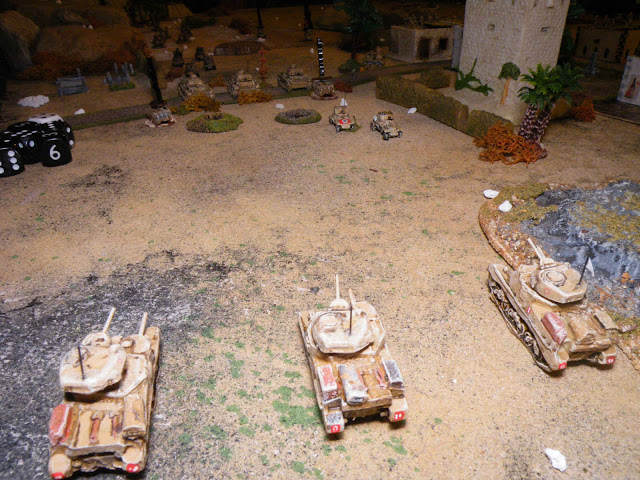 Well the Brits were & truly 'gubbed' on that one...

Congratulations SPAV, he got his plan 'Bob On'.  I can't fault the German performance.   To be fair, the British Tanks hit the German ones just as much.  It was poor firepower rolls which swung it.   I must admit though, I will add more Anti-Tanks guns to the Brits in the future.  There just wasn't any way to stop those Panzers.  Air & Artillery performed well in this game as well. Right it's off to the internet to purchase more anti-tank guns! 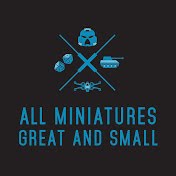 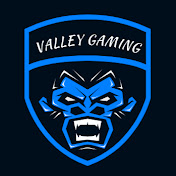