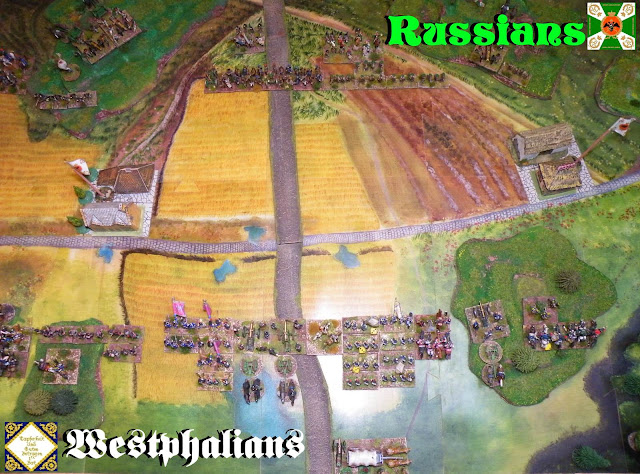 The third installment of Jerome Bonaparte's ‘Epic Adventures in Russia’.  We played this one a while back, but I’ve took my time editing the pictures.  Spav took the role of Jerome & yours truly the Russians.

The Emperor has tasked his brother with protecting the right flank of advance in Russia.  Jerome has come across a sizable Russian force defending the approach to the city of  Mohilev.  The Emperor has reinforced Jerome with a Corps sized force of Poles & German Allies.   Jerome with his own Corps (weakened by the two previous battles) must destroy the Russians.   A sting in the tail for poor Jerome,  the survivors of the previous Russian forces have banded together & are marching into the flank of Jerome’s force (a random role for force size & which side of the board they would arrive).  We also included a Sub-General for each side, ‘to help the flow of the game’... 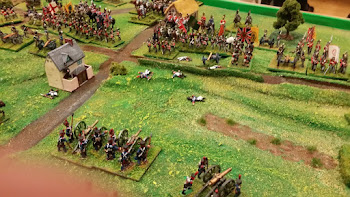